Only 1 left in stock

Streetcar service arrived in Philadelphia in the 1850s, shortly after the consolidation of the city. After the Civil War, the horse-drawn omnibus gave way to a comprehensive network of streetcar lines with some routes measuring nineteen miles in length. By 1915, the electrification of the streetcar increased the number of routes in Philadelphia to a total of eighty-six. During the trolley’s heyday, the city provided a vast test track for such companies as J.G. Brill, Kimball and Gorton Car Manufacturers, and the Budd Wheel Company. The Wharton Railroad Switch Company revolutionized the manufacture of switches and tracks. Of the lines that once operated in Philadelphia, five are still running today. Includes a variety of rare images! 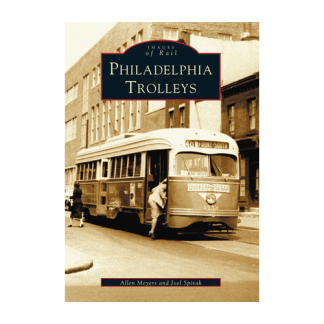 You're viewing: Philadelphia Trolleys (Arcadia)
$19.50 Only 1 left in stockAdd to cart