No area of Portland, Oregon played a more important role in its street railway history than Northwest Portland and the neighborhood known as Slabtown. In 1872, the city’s first streetcars passed close to Slabtown as they headed for a terminus in the North End. Slabtown was also home to North Pacific Manufacturing Co., the first West Coast streetcar manufacturing facility! At one time, all streetcars operating on the west side of the Willamette River were stored in Slabtown, and when the end came in 1950, area residents were riding two of the last three lines in the city. 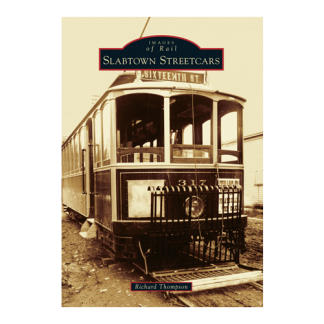 You're viewing: Slabtown Streetcars
$15.00 In stockAdd to cart